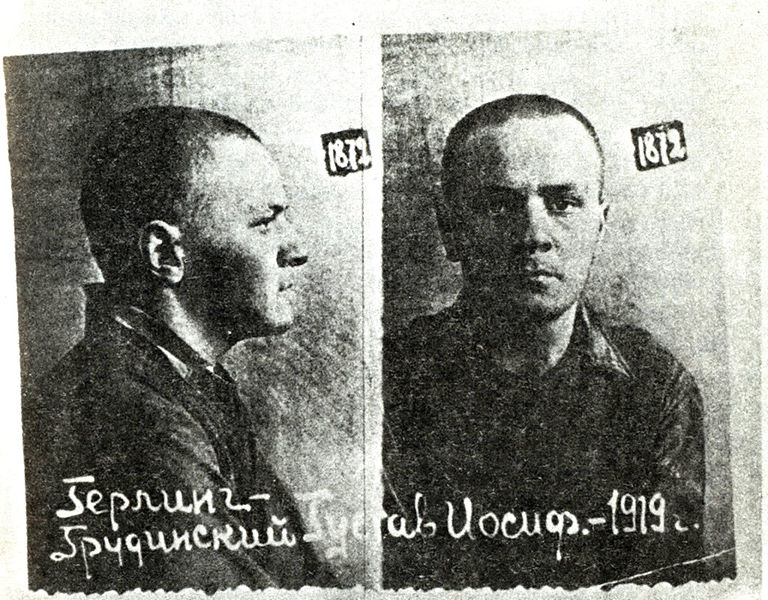 In 1955, the French Catholic publishing house "Plon" withdrew from the publication of A World Apart by Gustaw Herling-Grudziński, being a comprehensive account of a prisoner who managed to survive a year and a half of imprisonment in a brutal Soviet labor camp. Then, knowing the content of Camus's The Rebel, the author sent an English copy of the book to Camus. He wrote back that Gallimard would not publish the book, suggesting political reasons. But, he added, the book should be announced and read in all countries, "both because of what it is and how it relates things" (Letter, 1988, p. 275-276). Camus's efforts to recommend A World Apart to other publishers also did not produce results, but Herling-Grudziński's friendly attitude to the writer did not cease to exist.

Herling-Grudziński was particularly interested in the parties that Camus devoted to Sergei Nechaev in The Rebel. He noted Camus's insights on the "history of rebellion" in his diary. We find here, for example, the observation that in Nechaev Camus saw a cruel monk of revolution dreaming of founding a morderous convent, because for the author of the famous Catechism of the revolutionary, politics was a religion and religion - politics. We will also find a reflection that, according to Camus, thanks to Nieczajew, the revolution for the first time moved away from love and friendship and became a value in itself (Herling-Grudziński, 2011, p. 34).

Reading the documents about the Neapolitan plague, fascinated and shocked by the course of the epidemic, Herling-Grudziński was thinking especially about a social phenomena which in his opinion dominated the period after the introduction of martial law in Poland. He was thinking about the destruction of social life (Herling-Grudziński, 1997, p. 56, 60).

His longer story, The Plague in Naples (1990), is primarily a portrait of Wojciech Jaruzelski, a Polish military officer who in 1981 ordered a brutal crackdown on people who did not agree with the Communist government of Poland.

In Grudziński's story, Spanish soldiers (read: Russians) bring the plague to Naples (read: Poland), with the consent and according to the plan of the General. His plan is to destroy the people's sentiment towards Prince d'Arcos (an allusion to Lech Wałęsa) and annihilate the sense of community in the Neapolitan plebeians. In The Plague in Naples Herling-Grudziński writes that his story is a return to the description of the plague appearing in the great books of Daniel Defoe and Camus. He takes from them the metaphorical meaning, describing the reality of martial law and the plague as a metaphor for the death of society (Herling-Grudziński, 1998, p. 25-26). The viceroyalty of Naples plunged into corruption, disgust for work, numbness and lethargy against the invaders for many years to come. In Herling-Grudziński's vision, the plague was a success because martial law ended with a success. Jaruzelski taught people the acceptance of lesser evil.

Hotel Trianon or Maison Laffitte - to such places Camus directed his letters to Miłosz, while taking on various personalities: an empathic friend who could be asked about the most intimate thing, a philosopher giving advice, an interlocutor with whom one could talk about the works of Frederick Nietzsche or Saint Augustine.

For Miłosz, Camus was a mature thinker, but also a playful young man who conquered Parisian salons equipped with contagious youth and cinematic beauty.

He was separate and exceptional, and at the same time obtrusively reminiscent of Sartre, just as Słowacki is reminiscent of Mickiewicz (Wyka, 2011). Miłosz saw in his peer the Frenchness of earlier eras, his personality influenced by the confident and desperate Pascal.

The poet admitted that Camus was a friend, a "manager", and a "literary advocate" at Gallimard. We know from Miłosz that Camus liked The Issa Valley, reminding him of Tolstoy's prose - it was Camus's support that contributed to the release of this novel in France (Miłosz, 1997, p. 84-85). Camus spoke with an equal appreciation about The Captive Mind and found in this book of Miłosz's his own theses contained in The Rebel. Miłosz was for him a man who, with extraordinarly sharp vision, analyzed the dilemmas of writers towards communism (Jeleński, 1953, p. 4).

More than one Polish critic has wondered why we remember the silent official Grand, a character of The Plague, with such affection? He would improve the first words of his novel throughout his own life, because those words were to pave his way to some dreamt eternity. Who has time for such a bold task today? Ernest Bryll, in his poem dedicated to Camus, probably referring to the touching and grotesque character of Grand, identified with the Nobel Prize winner the most difficult tasks that a writer must set for himself or herself.

Every morning, repeat the stuttering  wait

Perhaps your moment of plague will come

For you to utter a word

For Camus, the issues of the writing profession were a unique experimental field where man's dramas crystallized - the Polish writers mentioned in this series of essays, just like him, sought a place for themselves between distance from society and participation in the whirlwind of events. Camus appreciated art and nature, was not cynical or apathetic and found a place for himself between the need for separateness and the pursuit of community. His characteristics decided that he turned out to be an attractive partner for Polish creators looking for their own attitude to their profession.

The text is based on the doctoral thesis of the author entitled Albert Camus in Polish literary and theatrical culture in the years 1945-2000, Faculty of Polish Studies, University of Warsaw, 2018.